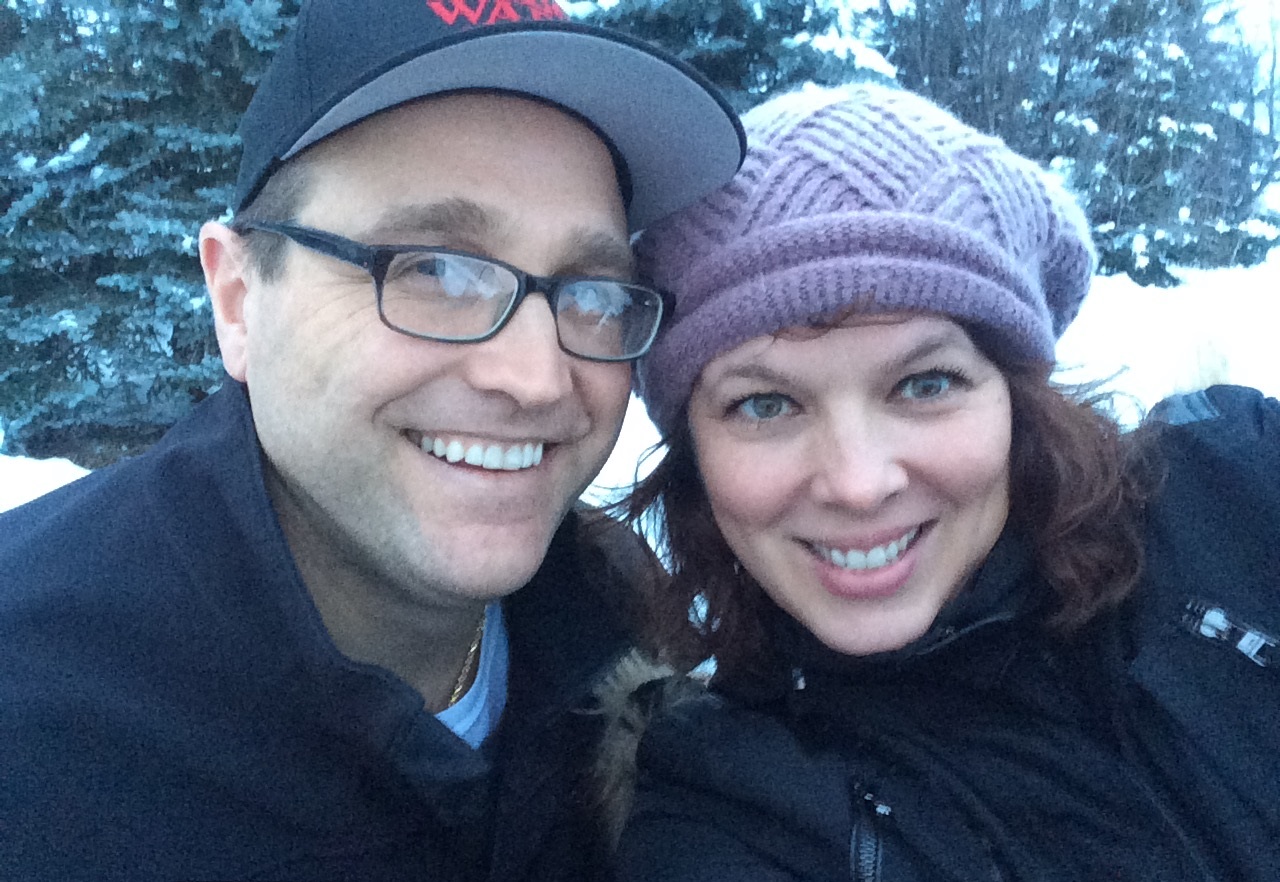 It was the GOOD The BAD and the Ugly of Sundance.

This was the first time we attended the beginning part of the film Festival. (we usually do the last part)  It was crazy busy, parties all over, more actors, and required a little more planning.

We chose a spot “farther” (15 min.) away from all the craziness (and high prices) of Sundance, but made sure it had a shuttle service to historic Main Street in Park City. Surprisingly, there were actors and directors at our hotel (it was kind of fun having breakfast right next to Lili Taylor one of my favorite actresses from such movies as Say Anything and Mystic Pizza.)  I’m sure they were also looking for a little more of the peace and quiet after all the parties at Sundance. 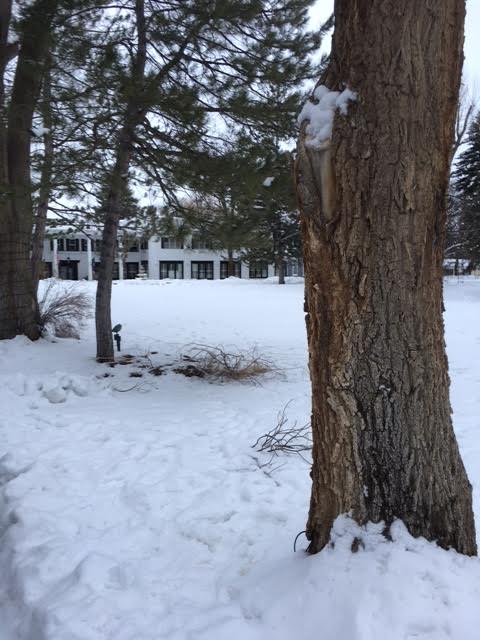 Before I start with the movie going, I have to bring up how much fun we had the first day at the hotel. We got there (after seeing a movie that morning in Park City) and wanted to enjoy another part of the Utah experience before our next movie; Utah snow. On the premises, we found Rocky Mountain Outfitters, an outdoor excursion establishment that provides a wide range of options to choose from; winter horseback rides, snowmobiles, chuck~wagon dinners, fly fishing, etc. The owner, Joe, was informative and charming and without any high pressure sales tactics. There were so many choices that we wished we had a couple extra days to enjoy.   We ended up booking a romantic sleigh ride that then dropped us off at the ice castles that were on the back side of the hotel. (This places was AMAZING!) 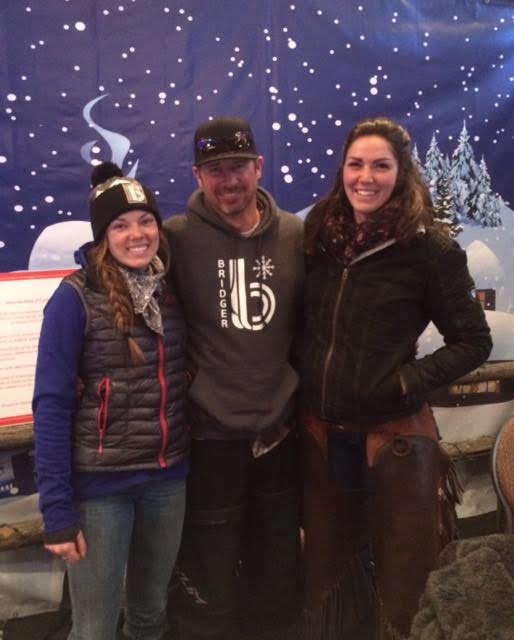 The festival itself is well organized and transportation to and from is vital to your enjoyment.  In Park City there is a free shuttle system that takes you from theatre to theatre.  However, since it’s free, it’s crowded and the trips seem to be a bit longer as your’re making multiple stops prior to your destination.  The snow fall surely did not help matters. But I will say it was enjoyable getting to know people from all around the country and different parts of the world as you’re scrunched up in a city shuttle. At the end of the day I shouldn’t complain too much since it allows you access to pretty much everywhere you need to be in Park City especially for all the movie viewings.(And remember it’s FREE!) 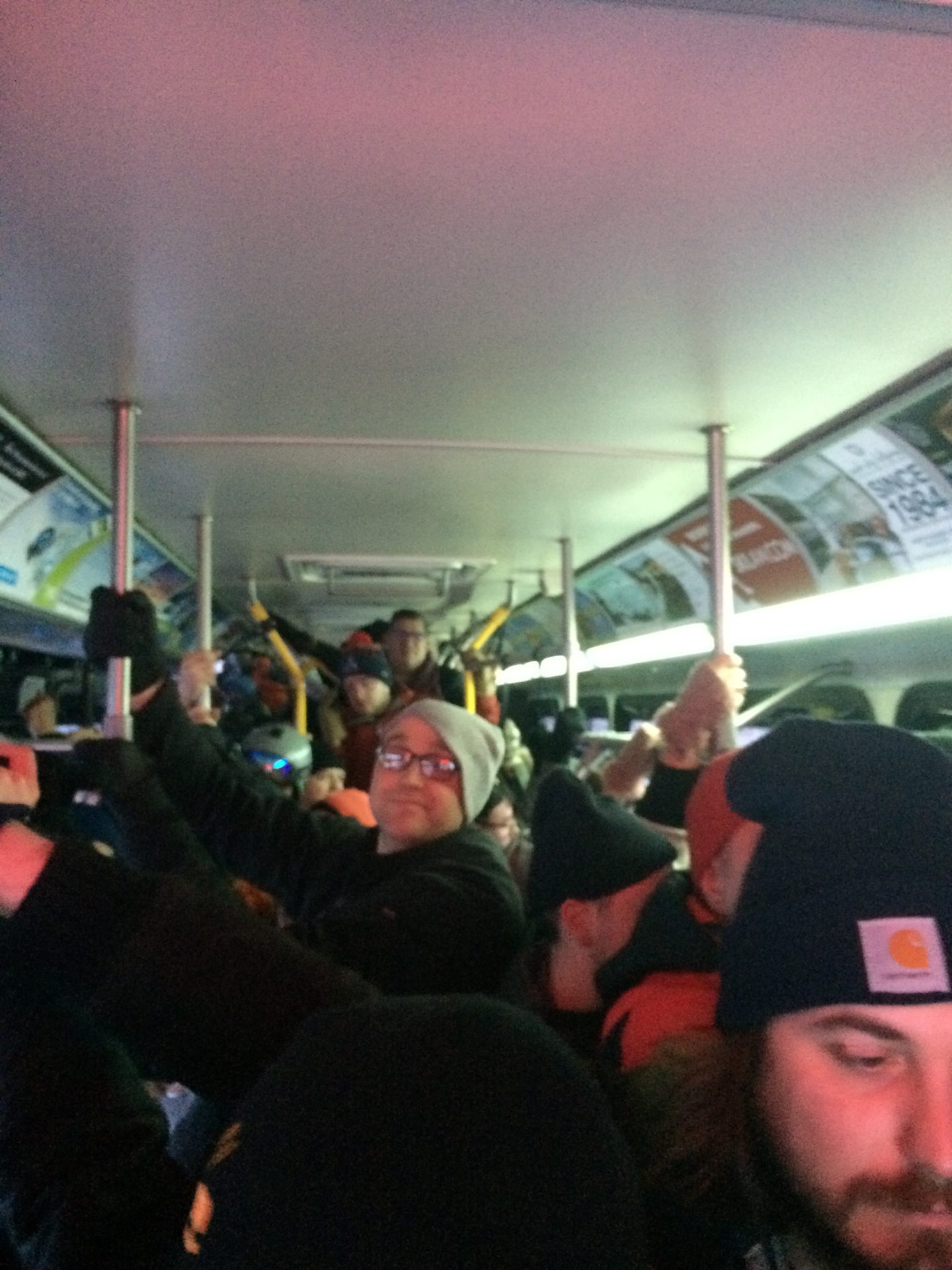 Main Street is the heart of the festival -The old town feel, the scenic setting, the restaurants, bars, cafes, boutiques, and sponsored rest spots.  What’s not to love?  One rest spot we took advantage was the Chase Sapphire Lounge.  We were able to kick our feet up, charge our phones, sip some hot chocolate, enjoy Coppola wine and watch a live cooking show (my husband loved that).  It pays to be a Chase Sapphire member. When you’re not viewing films take advantage of all the other things this place has to offer.

At the end of the day still my favorite part of Sundance are THE MOVIES.  One morning while we were taking the shuttle from our hotel to downtown to catch a film we happened to be on the same bus as actor Mathew Del Negro, who has been on such hit TV shows as NCIS: Los Angeles, Scandal, The Sopranos, The West Wing, and several dozen movies.  I thought I recognized him but I can’t stand leading in with “Are you an actor?”  Anyway, as we got to conversing he mentioned he was there for the film “Wind River”, a thriller where an agent, played by Jeremy Renner, discovers a dead body in the back woods and all are unprepared for the viciousness and elements.  He couldn’t stop raving about it.  This was one of a handful of movies that I really wanted to see.  Definitely, one of the biggest films at the festival and we should’ve purchased tickets back in October when they first went on sale.  The lesson learned, aside from purchasing tickets well in advance, is get your Sundance App working early (along with those who are sharing the weekend with you) because you can get on waiting lists.  You will be running across town waiting in lines and sometimes you might not get in, but it’s not always about the destination but about the journey.  As you can probably tell we did not get tickets to the film.  Still want to see it!!! 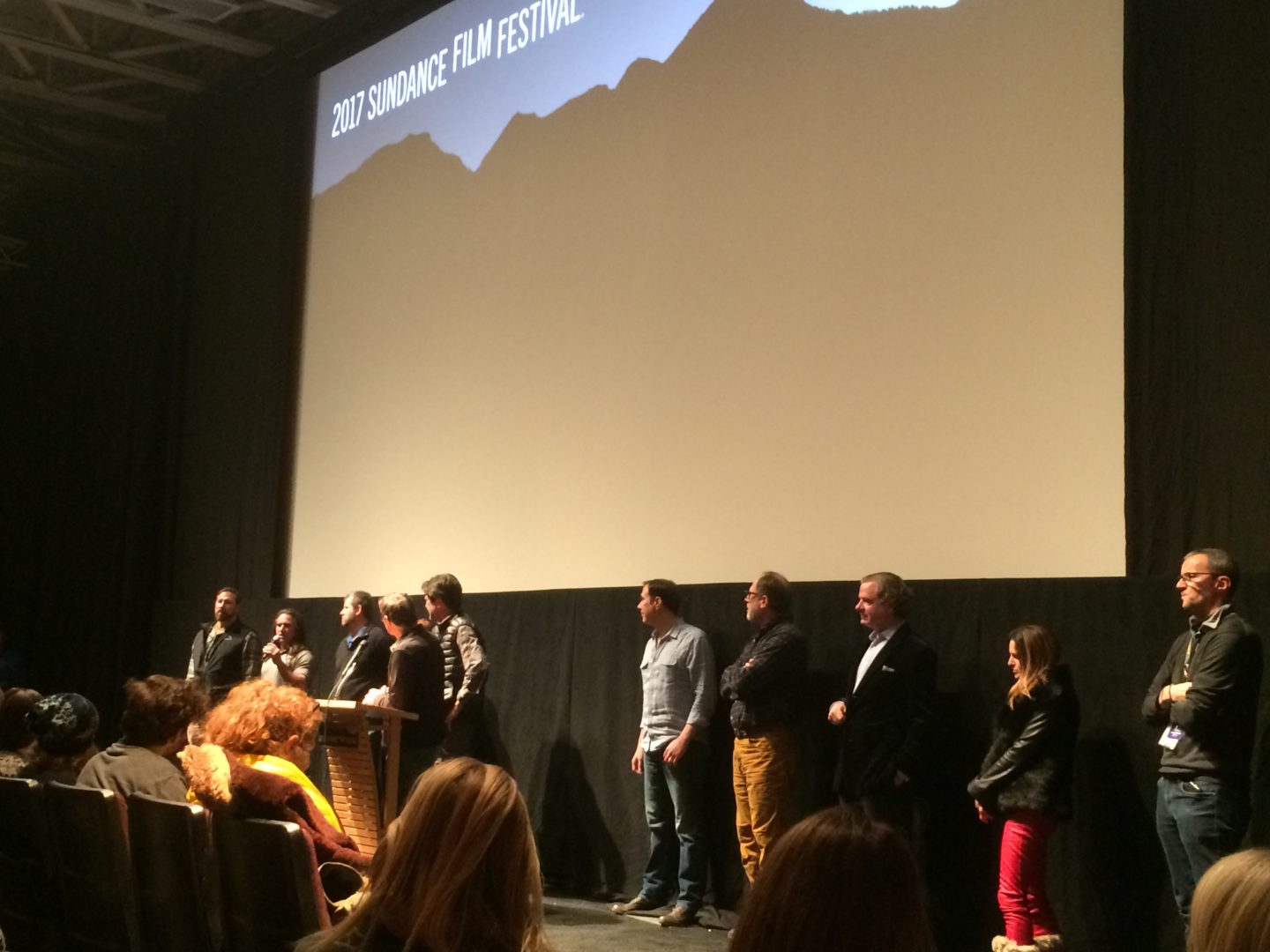 But all is not lost as you simply get back on your Sundance app to try try try again and Uber your way across town if you’re in a rush.  We made it to seven short films and I will say 5 were worth it. 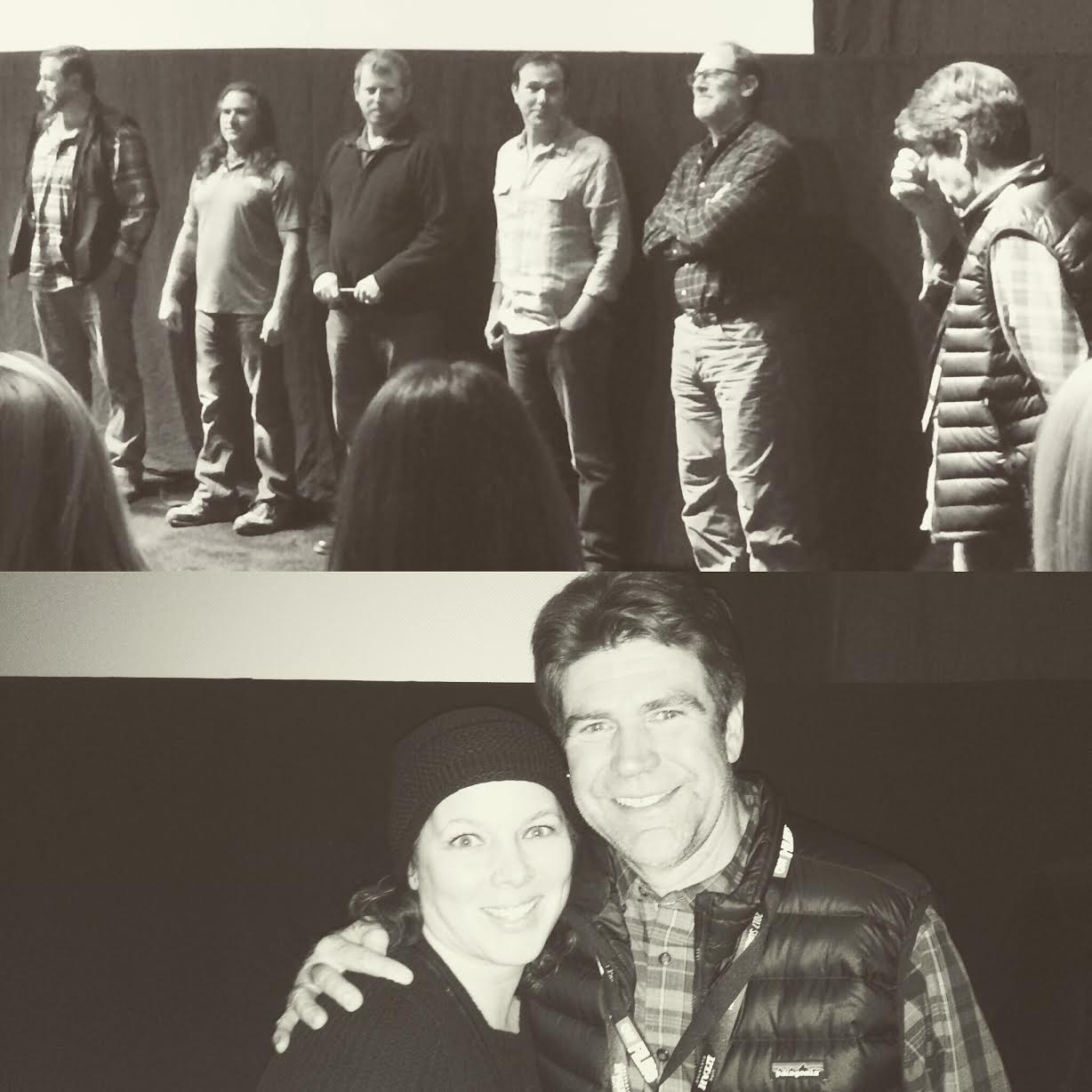 But the best on our list was the documentary “Legion of Brothers”.  The documentary was about the first troops, Green Berets, who went to Afghanistan immediately following 9/11 to overthrow the Taliban.  Absolutely powerful and it pulled at our heart strings.  You got to see the mission and post mission from the soldiers’ eyes as well as their significant others holding down the forts and families back home. The highlight was having some of those Green Berets in the documentary along with the director (Greg Barker) and a spouse of one of the soldiers come up on stage for the Q&A.  The standing ovation they received was special and made you proud to be an American.  This documentary was an A+, and how the director put it all together was masterful (I hope to interview him soon).

So what’s my bottom line on Sundance 2017?  There was a whole lot of good, a little bit of bad and not much, if any, ugly.  Whether you go to the first part or second part of sundance, you can’t go wrong.  There’s nothing a little bit of planning can’t fix.  I can’t wait for next year!!!

The Film “THE GIFT”

Getting Ready for Sundance “Boots and Jacket”