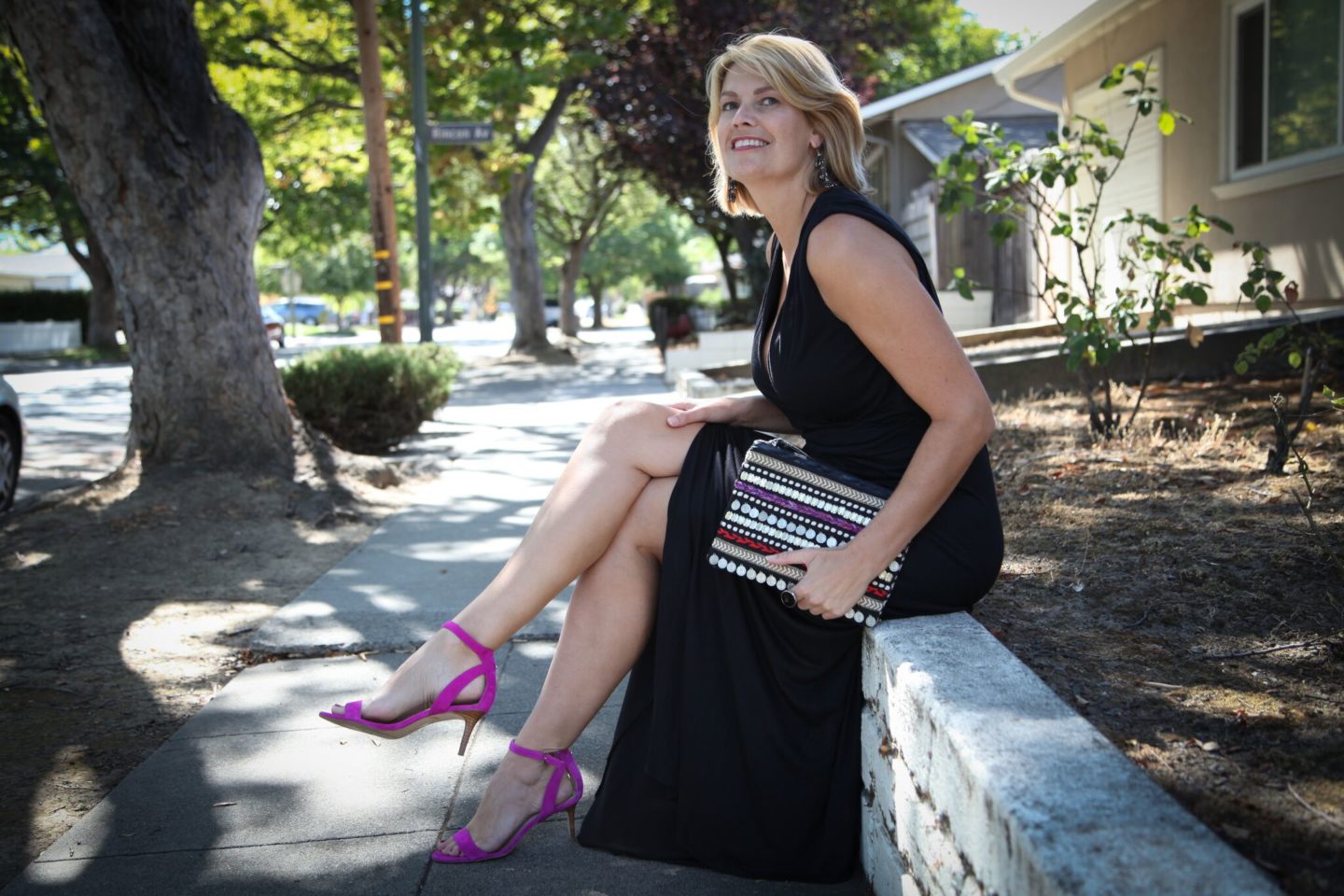 A versatile black dress should be a staple in everyones closet.  I love this one by Haute Hippie as it can be dressed down for a casual night out or it can be a formal gown with the right accessories.  The pink shoes give it that perfect pop of color that I love.
…

END_OF_DOCUMENT_TOKEN_TO_BE_REPLACED 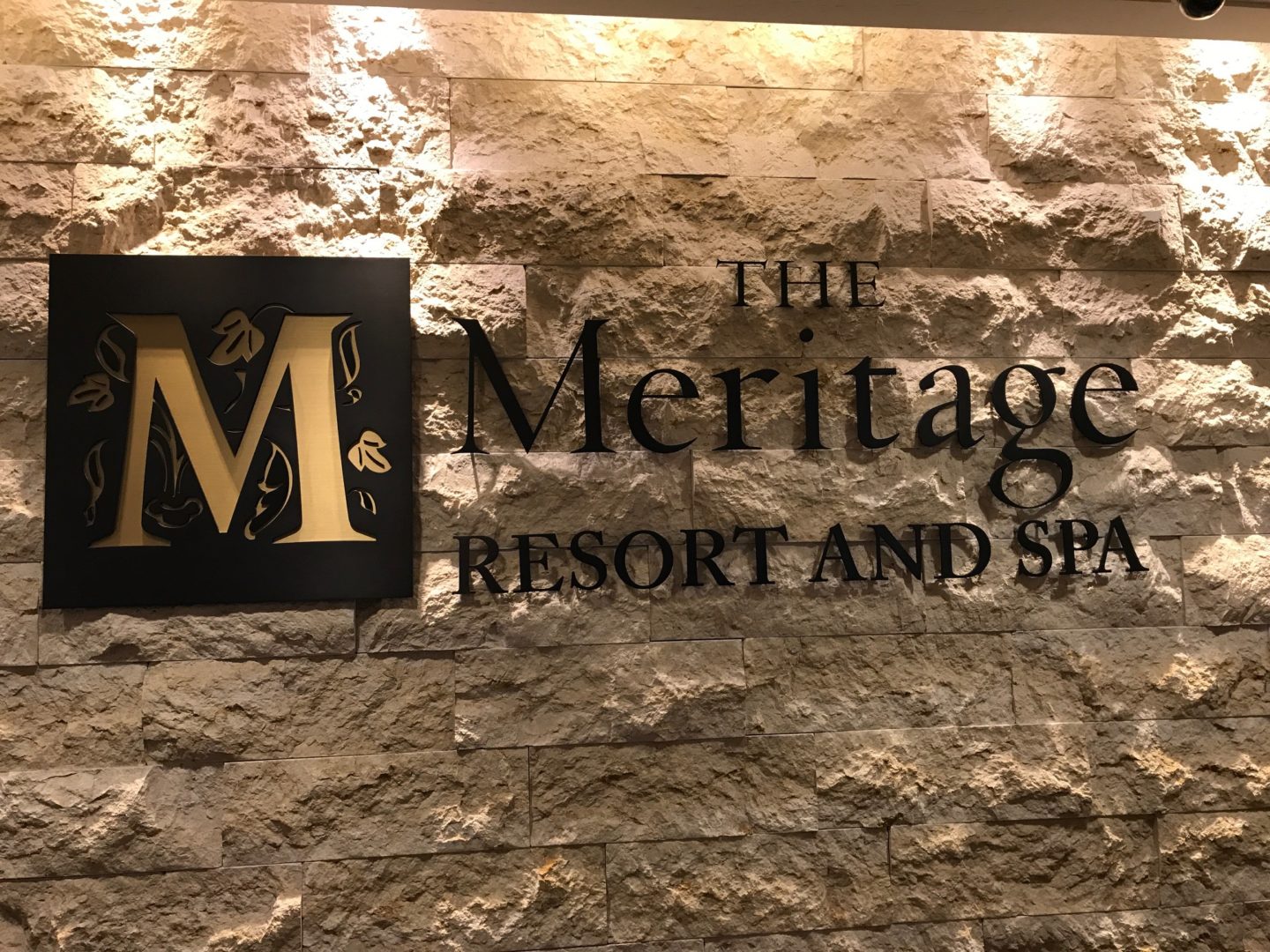 Napa valley is one of my most favorite get away spots here in the bay area. It’s pretty close and usually anyone you would be going with would be really happy to go with you. They have OF COURSE the WINE, and then they have the relaxation!

On this weekend getaway we were lucky to be going and staying at “The Meritage Resort and Spa” We had just happened to be going for a wedding. So we were able to have all the best things that Napa has to offer all rolled into one place. (The wine, Relaxation and the beauty of the wine country) 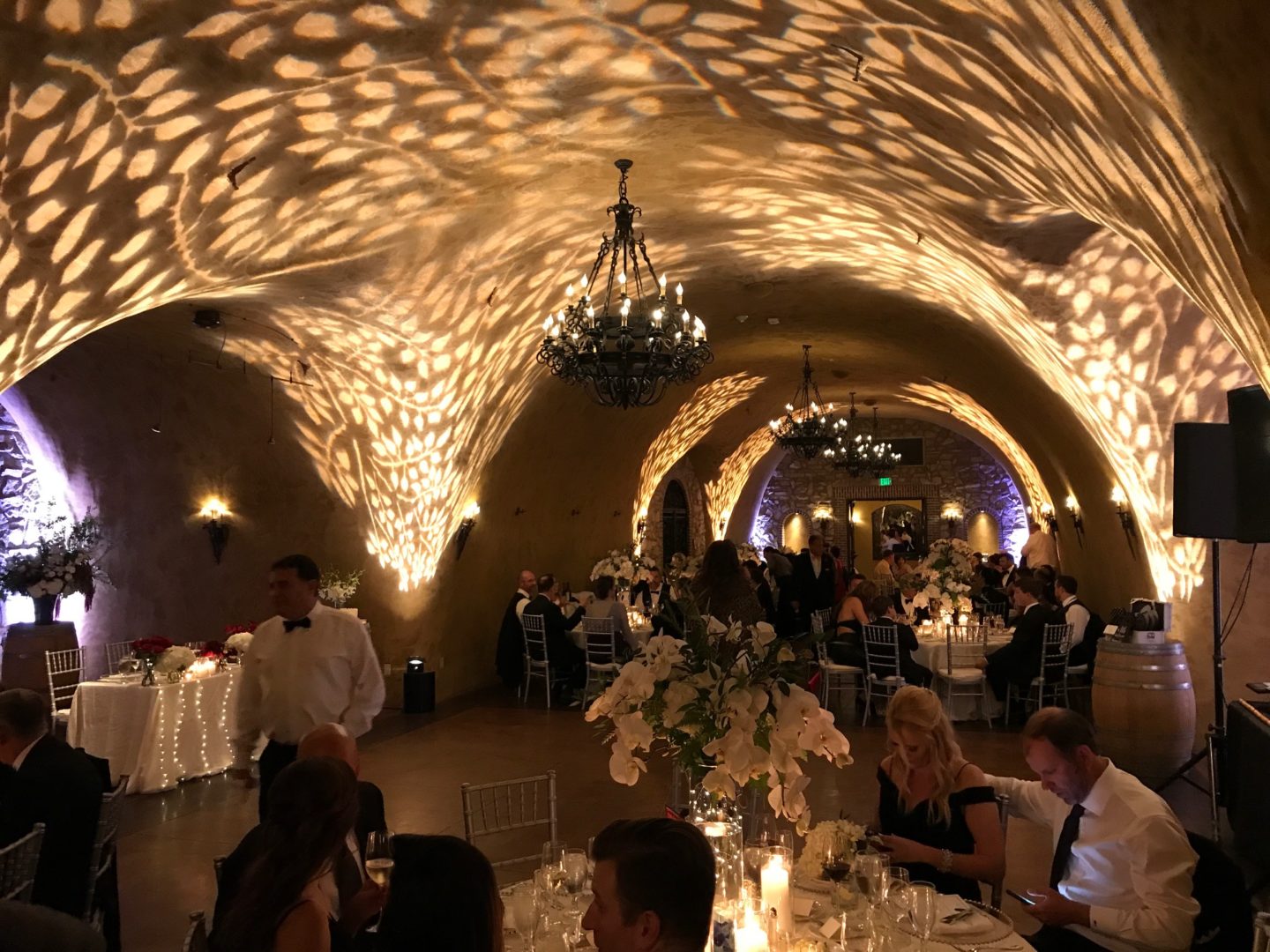 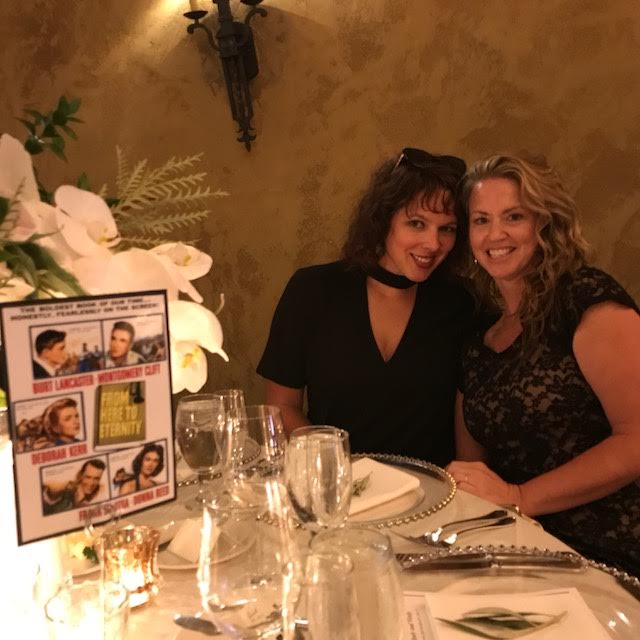 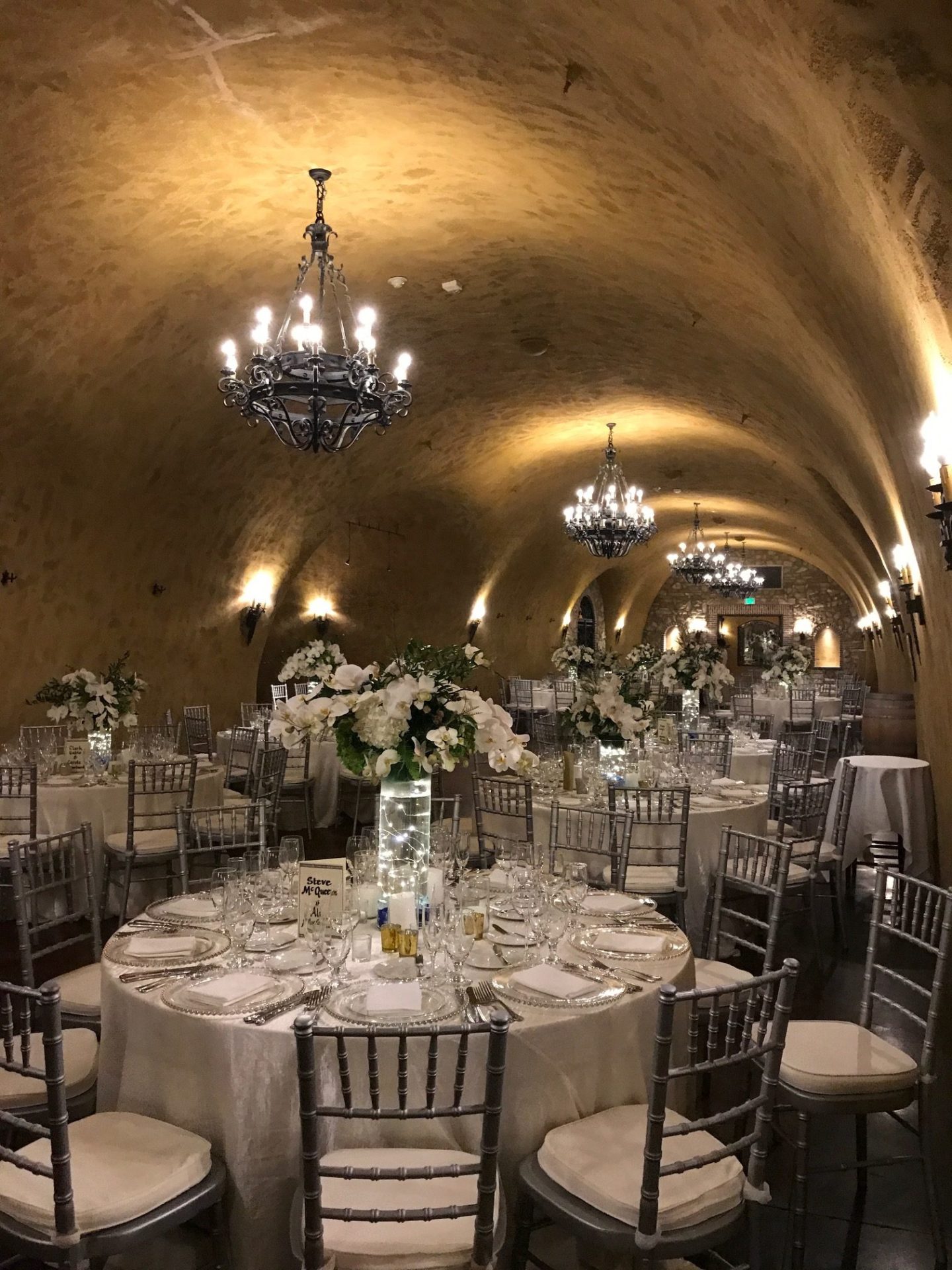 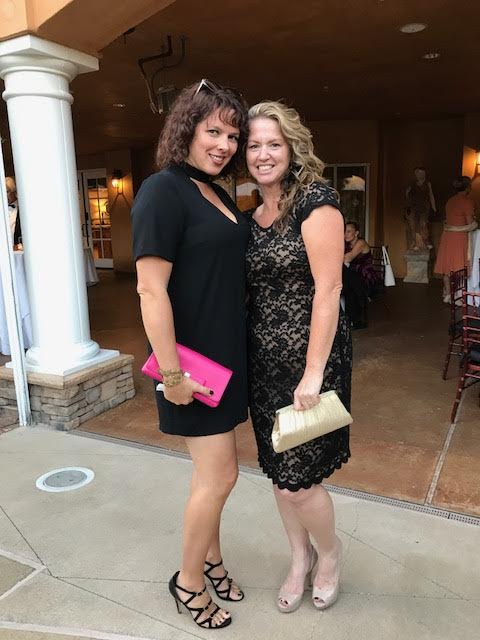 END_OF_DOCUMENT_TOKEN_TO_BE_REPLACED

“The Hurt Business” is from renowned documentary director Vlad Yudin (Generation Iron, Jeremy Scott: The People’s Designer), and the Oscar winning producer of Bowling for Columbine and Fahrenheit 9/11.

Extending beyond the octagon and taking a deeper look into what life is really like within the world of MMA.Mixed Martial Arts (MMA) is a full-contact combat sport that combines striking and grappling.  There have been various forms throughout the 20th century but it did not start gaining worldwide traction until hitting televisions in the U.S. in 1993.  It actually dates back to the days of antiquity in ancient Greece called pankration. Today it has become main stream with the support of the UFC; the largest MMA promotion in the world.

The Hurt Business follows the daily lives of UFC Champions Jon “Bones” Jones,  Rashad “Suga” Evans, Ronda Rousey, Holly Holm and more. Along with a look at their day to day lives, “The Hurt Business”  examines how the sport went from being shunned as barbaric to the popular, celebrity-creating entertainment operation it is today.

Helmed by Yudin and Edwin Mejia of The Vladar Company with Oscar winner Jim Czarnecki, “The Hurt Business”  also features Chuck Liddell, Tito Ortiz, Georges St-Pierre, Kenny Florian, Urijah Faber, Ken Shamrock, Bas Rutten, and Josh Barnett. Through firsthand telling of their remarkable experiences, the complete history and culture of MMA is explored in a more expansive way than ever before. Additionally, contributions from leading psychologists, neurologists, sociologists, and government officials analyze the grim prevalence of brain trauma and the implications of MMA’s increased popularity, and what it means for our society. It reveals how a sport that has until recently been illegal and referred to as “human cock-fighting” became accepted, and even glamorized by the mainstream culture.
Have a peek at the trailer.
I had the pleasure of interview Director Vlad Yudin on his latest film.

How did you get into film making?

I think it was my passion all my life.  Wasn’t sure if I wanted to do documentary film making or scripted. I have done both but I really enjoyed documentary. It’s something I’ve always wanted to do all my life from an early age and it really has stuck with me. I have developed over time and I’m still developing my craft.

What inspired you to make this documentary?

To be honest with you I just became very intrigued by the sport. I didn’t know to much about it. Obviously I had heard about MMA and how it started back in the 90’s. but I wasn’t watching the fights or following the  fighters,  I only knew a couple of main stream fighters at that time. I had just finished a movie called generation iron in 2013 and it was about a different type of sport (Bodybuilding) but was spending a lot of time on the west coast (Orange county) And the guys that I had meet where really in to MMA. And they just kept talking a lot about it. It made me more intrigued in the sport. And little by little I just got more interested in it and realized I wanted to make a film about the sport. Even though MMA was a national Sport I just felt like there wasn’t an actual film that was made about the fighters and the inner doings of the MMA sport. Up to this date we see what the leagues perspective and I just wanted to show it from a different perspective.  Just to really understand it more.

Would you say this is a pro MMA or anti-MMA film?

It’s really Objective. There’s no agenda about making a pro I really wanted to make a objective film that talks about different point a views.

In the trailer, Michael Chandler makes a comment that MMA is made up of delinquents, however, in reality a lot of fighters past and present have college degrees – how does this point get conveyed in the film?

I think what  Michael Chandler was trying to say is how MMA might have started out. That some of these people that maybe had no other choose but to fight for a living. But that he him self is a college gradate. He was making a contrast to how it was and how it is now.

How is fighter exploitation covered in this film?  (UFC sells for $4.2 Billion and some champs are still making $100,000 per fight). (Is that something you cover?)

Yes, that is something that is talking about in the film. We are definitely covering that. And  something the fighters are talking about for sure. The sport has progressed and it’s still growing. But it is unfortunate that a lot of the fighters in the early 2000’s were not compensated properly. And they do talk about it. But the sport is still progressing and it will all depend on it’s progressing.

Who are some of your favorite fighters?

Michael Chandler was great to work with and Rashad Evans, John Jones. Those guys are great.

How did Kevin Costner get involved with the movie?

He was the narrator for the film. And he’s been a big fan for many years of the sport.  So he was happy to be involved.

Were a lot of the fighters happy to do the film?

I don’ t think all of them have seen it yet. But I’m sure they will be happy with it.

When does it come out?

September 29th in Theater’s near you

Mixed Martial Arts (MMA) is a full-contact combat sport that combines striking and grappling.  There have been various forms throughout the 20th century but it did not start gaining worldwide traction until hitting televisions in the U.S. in 1993.  Today it has become main stream with the support of the UFC; the largest MMA promotion in the world.

The sport actually dates back to the days of antiquity in ancient Greece called pankration.

Being a big fan for me started when my now husband took me to a live fight on one of our first dates (I know, what a romantic! LOL). Getting to know the fighters and their backgrounds made it all the more intriguing watching their journey to the cage.

I can’t wait to see the film.

I viewed the film on September 11, 2016, at the California Independent Film Festival, at the historic Orinda Theatre in Orinda, CA.

This short film, directed by Lisa Belcher, is based on a short story written by her brother, Steve Wayne, about a young boy and his gift.  Throughout the film the boy, Bobby Parker (played by Luke Seybold) proudly carries his perfectly wrapped gift, ribbon and all, wherever he goes; school, home, bed.  You get the point.  However, as he changes schools, gets bullied, begins running with the wrong crowd and misses out on valuable father-son time, he succumbs to peer pressure and destroys his gift.  Here you realize the gift is a metaphor for the thing parents want most for their children; to know they love them regardless of the circumstances.

The message of the film was pure at its core and what the world needs more of; LOVE.  I was rooting for Bobby to hold on to his gift and not give in to worldly pressures.  I could not help but tear up over the father and son connection, especially at the end when Bobby’s gift is restored and he becomes stronger for it.

Some background about the director, Lisa Belcher.  With a degree in business and no formal film school training Lisa ventured out and made The Gift her first short film.  Quite an impressive feat! Her brother, Steve Wayne, shared with no intention of morphing it into a film.  However, it was the fabric of the story that inspired Lisa to want to share it with the rest of us.

Most of the actors are from Hong Kong International School where Lisa’s own children went. The film was shot in Hong Kong over 13 days, much of it on the school grounds.  Realizing the tight budget the school was quite accommodating in allowing Lisa to shoot there. The budget for the film was just around $17,000.

Follow along on all the action on Facebook!  The Gift is being screened at The Austin Revolution Film Festival (Austin, Texsas) on September 23, 2016.

The Gift recently took home the the Audience Choice, Director’s Choice: Best Short, and Female Filmmaker of the Year awards at   Austin Revolution Film Festival.  They are on their way to the next festival at the Eyecatcher Film Festival and nominated for Best Short film. They will wrap up the festival circuit in the next few months and  currently having several conversations with distributors. The film will most likely be available in January on our website via Vimeo On Demand. 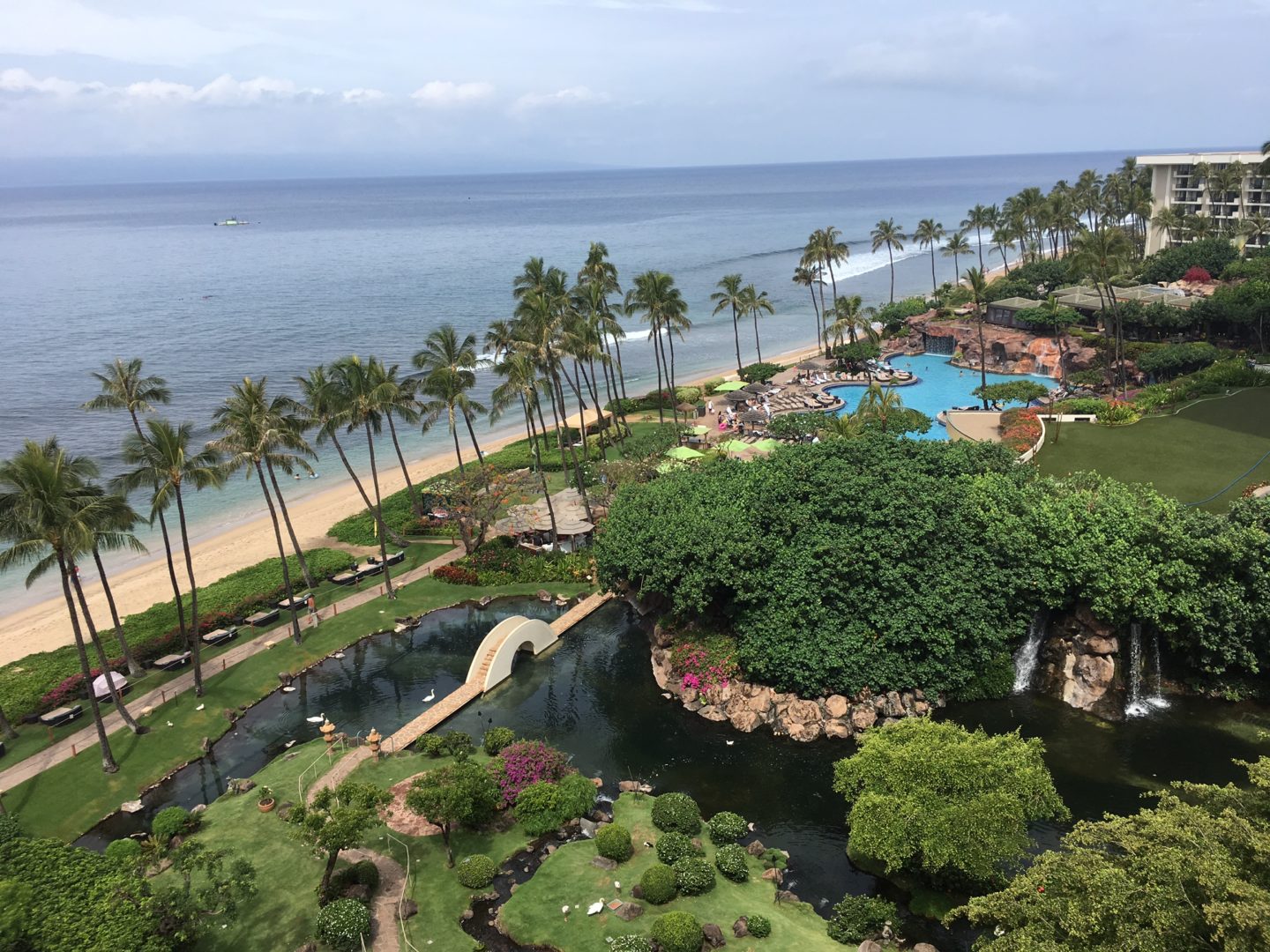 So Maui is AMAZING!! As I’m sure most of you already know who have gone there.

But I still wanted to share some of the wonderful things the island offered while there for a week with younger children.

I know the flights from the bay area are not cheap but it’s worth the price for the relaxation, weather and fun!!  I used to think who needs Hawaii when you have crystal blue waters of Croatia (absolutely nothing against Croatia – still love you).  And then I made my first visit.  WOW!  I changed my mind in an instant. The flight is shorter.  No passports needed. Paradise! Palm trees, toes in sand, drink in hand.  Not to mention our kids actually LOVE Hawaii even more than Disneyland!!   (OK REALLY??)…